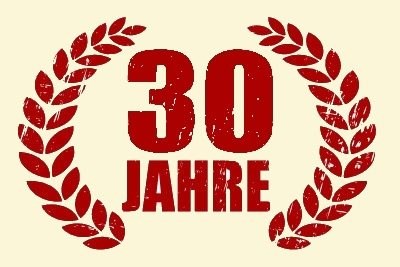 People wonder why the 2022 EMFTHA Virtual Show has such high prize money this year. Here’s the answer: we wanted to make a striking statement and significantly raise awareness of the club. Because 2022 is no ordinary year. Even our logo reveals that EMFTHA was founded in 1992. So it’s our 30th anniversary. Actually a nice reason to celebrate. But because of Corona we had to miss again a real annual meeting as well as a real tournament.

Both would have been opportunities to celebrate the anniversary a little bit.Of course we would like to make up for it next year, if Corona is willing.

The first president was Horst Wulsch. In the further course there were numerous other presidents like Norbert Christian, Günter Litwins, Steve Brook Blaut, Thomas Windmüller and Eckart Mirwald.

One year after the foundation, in 1993, Monika Rowe, Rudolph Streibel and Hartmut Wegner joined as members. The club now had 13 members.

This year, on November 4, the club was also recognized as an Affiliate by the MFTHBA (Missouri Fox Trotting Horse Breeding Association), Missouri, USA. So next year we already have another anniversary!

As the circle of Fox Trotting friends later quickly reached beyond Germany to other countries such as Austria, Switzerland, Spain and France, the association was renamed in 2004 to its current name, European Missouri Fox Trotting Horse Association.

Karl Schilling has been the president of the club since 2015. At that time it was already observed that Fox Trotting breeding in Germany and Europe was moving more and more away from the Standards of the Breed of the MFTHBA. Therefore it was decided to change the club into a state recognized breeding association. In retrospect, this sounds very simple. However, there were many obstacles on the way. The German authorities with their regulations and laws were a big part of it. But also many breeders were suddenly scared to have their horses evaluated by independent judges at breed shows. On top of that, this was quite time consuming and costly.

The recognition as a state-approved breeding association took place in 2016.

Today it can be seen that the decision was exactly right. Not only to significantly increase the quality of breeding, but also to ensure a safe survival of our club in the future. The original purpose of existence, namely the organization and hosting of High Point shows, is receding more and more into the background. Breeding, on the other hand, becomes more and more important for us every year and provides some additional income.

From this point of view, our club has had a dynamic and eventful history until today. From the change of name to the transformation into a breeding association. The necessary measures were always taken at the right time.

Also in the future we should not be afraid of new challenges. Take the necessary decisions with courageous steps. This should be the maxim for our club also in the next 30 years.

Thanks to all board members and members who have worked so successfully on this in the past and will certainly continue to do so in the years to come.

Finally, I am pleased to congratulate Lothar and Monika Rowe, who have been the only current members from the beginning. From them also came some important details of the association’s history.