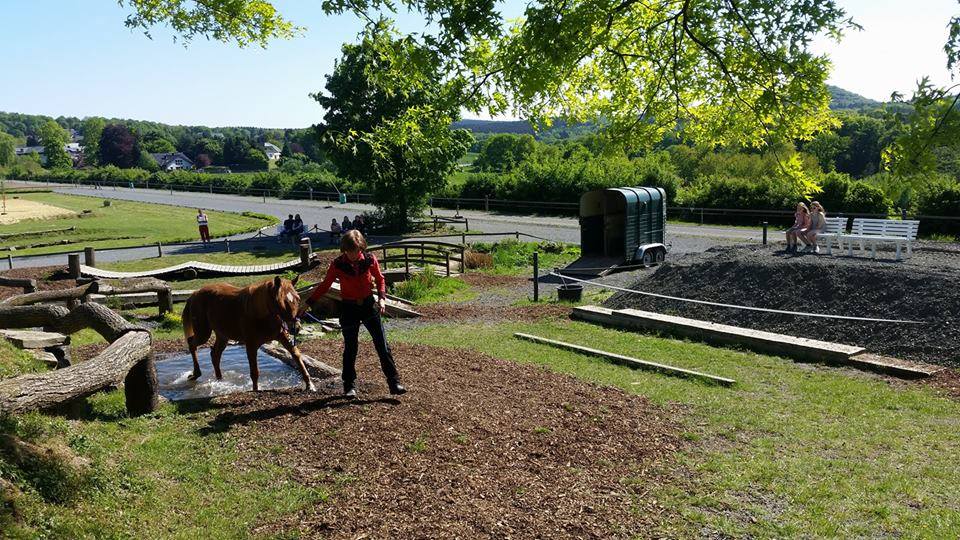 Some are called Extreme Trail, Extreme Cowboy Trail, Extreme Mountain Trail and others, Easy Nature Trails. The difference lies essentially in the level of the riding skills of the rider in the Western discipline. Here we call it simply a “Nature Trail” through which the horse traverses, working obstacles on the way. Special attention is given to the respect and trust exhibited between horse and rider or handler.

At the horsemanship tournament in Aegidienberg from May 5th to 7th, the nature trail was called simply Trail. Obstacles included stairs, water hole, side-pass pole, balancing beam, roof, arch bridge, suspension bridge, rocker, tree trunk, lane, pedestal and loading. Competitors were required to complete eight obstacles on the course. With each obstacle the rider had to adjust for the conditions in terrain on the Trail course.

Gala of the gaited horses 2018